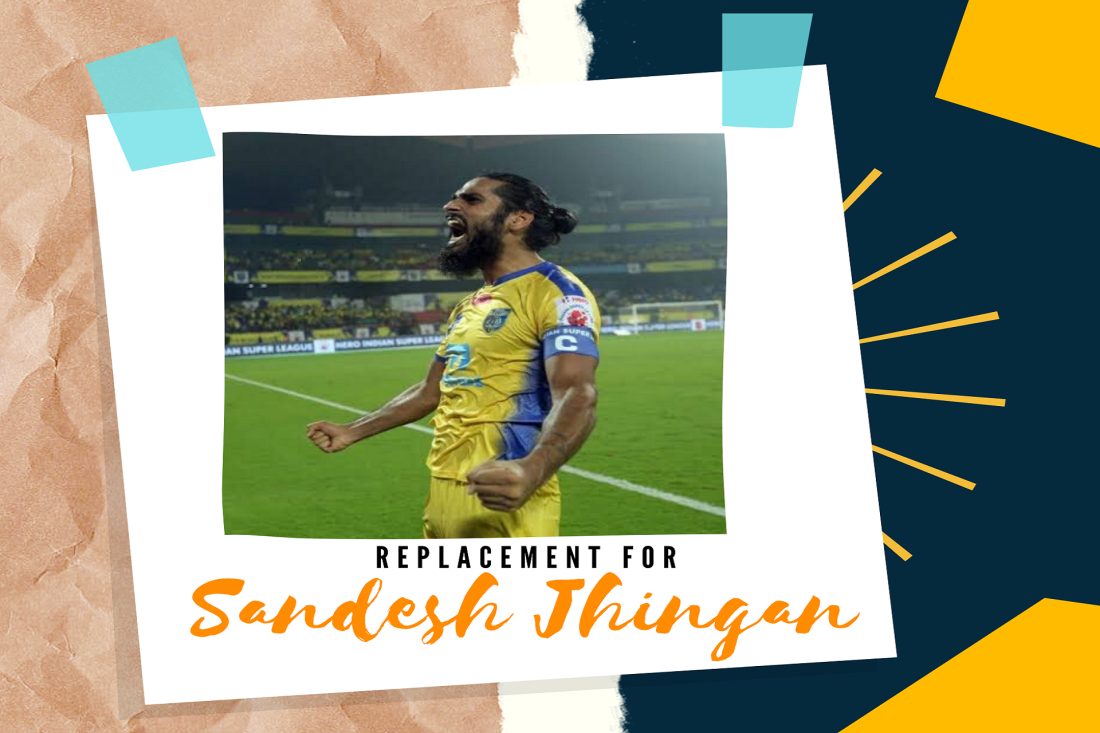 Sandesh Jhingan’s talks with clubs in UK and Australia are no more hidden and that highlights the need and requirement of a player to replace the giant and powerful defender at Kerala Blasters FC. Known for his ​physical strength, aerial ability ​and willingness to put the body on the line, he is considered to be one of the best defenders in India. Parting ways with a player like him is quite a misery for the club and finding a replacement to such an amazing player is a real big task to be completed. The ​winner of the Indian Super League Emerging Player of the Year and All India Football Federation Emerging Player of the Year​ in 2014 is now a veteran who did every possible thing on field for the club during his 6 years.

Getting a replacement for this gem is really difficult but let’s have a look at his possible replacements for the club :-

Born in West Bengal, Golui was a part of the AIFF Elite Academy before trialing with I-League side, Mohun Bagan.On 9 January 2016, Golui made his professional debut with Mohun Bagan in the opening game of the I-League season against Aizawl. He came on in the last minute for Kean Lewis as Mohun Bagan won 3–1.

The number 16 has represented India in both the under-16 and under-19 level, he has also played AFC Cup qualifying round against Maldives club. Other than playing as a full back Golui also plays as the centre back and a right mid fielder which makes him a versatile player.

Sarthak has had 4 percent goal participation in all games and has started in almost 75% of all games he has played. He can be a possible replacement for Jhingan at KBFC. 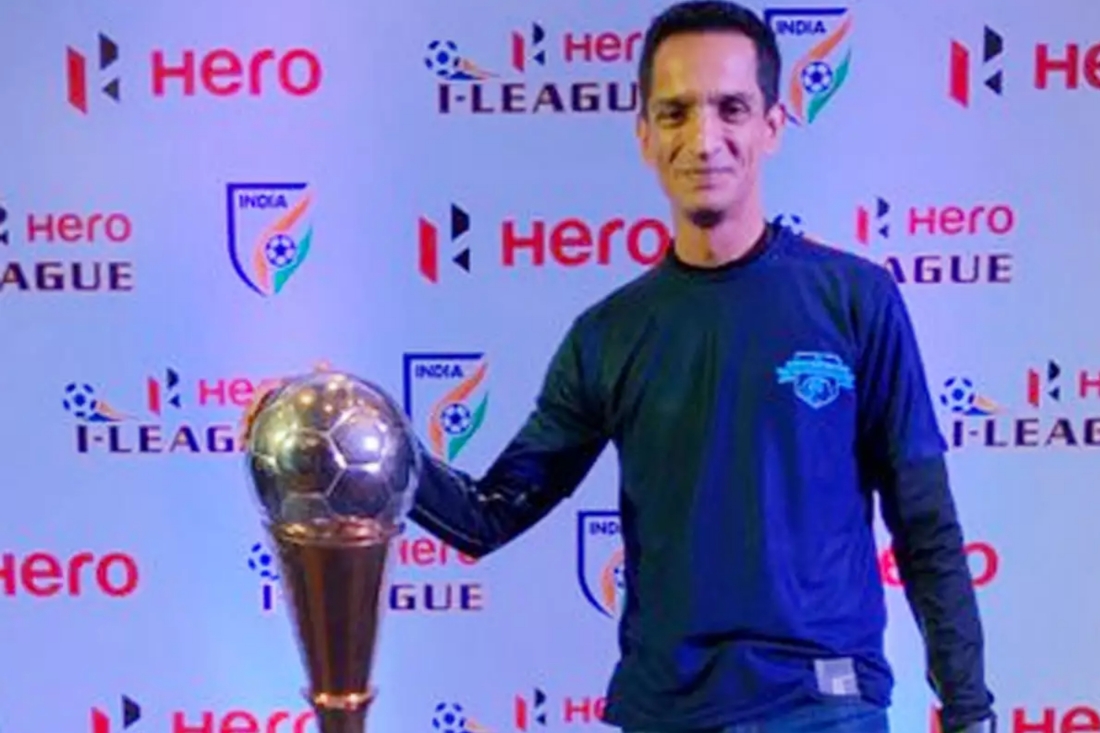 In a recent webinar

The owner of Minerva Academy, and extremely enigmatic Mr. Ranjit Bajaj strongly believes in two things which can lead anyone to heights of success i.e. Passion and Belief, perhaps that’s what led Minerva to win 7 I-League titles .

He wants to promote  Indian football and create an atmosphere where people from our country come out to support the local clubs and watch us win the World Cup. For this he quoted  “For winning the World Cup We need hundred Minervas to increase the talent pool” which he said is surely possible. You only need to start working with passion.

When asked about finding the right balance between football and business and that which is more important he replied ” Business for me is also not a business , i started following my love i.e. The Indian Armed Forces and started training the future of Indian Armed Forces.” To which he added , Football for him is also love and his love for the two is incomparable.

The man who has revolutionized the Indian football Entrepreneurship scenario recently created history by selling the club to a corporate business house. It was surely a brave move , but his motive behind this was to promote local talent so that the club should not be a buying club but be a selling club which could provide World class players , he didn’t do it with the thought to become national champions because that’s not the way to succeed.

Explaining the correct way he added :

“the first thing in the mind of the person should be , do you have passion for it ,do you have love for it

will you go through this no matter what happens even if you don’t succeed you will have no problems. The whole world will work against you , the state will not support you the federation will not support you, you will not get any sponsors and are still willing to go through all this then come out with a smile on your face if you fail , if you are willing to do all that then you should get into this”

The underdogs Minerva FC started with no sponsorships or state support , no government support  unlike clubs like Mohun Bagan , East Bengal and Real Kashmir but still managed to compete against them and managed to win, it was all because of passion.

The revolutionist never wanted to pay and play and always believed on merit to join the I- League .

The plan to make a successful team is by giving more game time to players be it the pre existing senior players with deserving juniors as this amalgamation can create a team with variety and versatility , both the youngsters and senior players will compliment each other’s game.

Changes a pre existing club needs to do in order to grow !

Coming onto running an existing club in India the changes Mr. Ranjit wants involve, preparing a financial fair play in leagues such as the I- League. He wants the federation to put a cap on expenditure. Providing examples he added clubs such as Bengaluru FC (when playing in the I-League), Mohun Bagan and East Bengal could spend as much money as they wanted. Mohun Bagan did pay Sony Norde a salary of 3.5- 4 crore rupees a year while the same year budget of Minerva was just 1.4 crore and still they won the I- League. So instead of investing so much money on one player if a club invests  on a World class academy then they will have an amazing player every year who can assure them the title.

Ranjit sir is creating a team for the FIFA World Cup 2034 which involves players of the age of 5-10 years , talking about the feasibility and possibility of this plan he explained that young players when trained from the very start will have many pros such as family involvement which can help create the culture and atmosphere of football in a family and infuse football in the coming genes , second when trained and played against top teams from the very start  players will play on the basis of face value and not by the value of the team or a player on global platform this will help in letting out the fear of not being able to perform equally as foreign players and clubs and would ultimately prove the statement completely wrong.

He in fact also let out his scouting secrets so that clubs could learn from this and work for football and raising, training true talent rather than just doing business and giving opportunities on pay and play  basis.

Further when asked about his past in england as a college student and how Indian football is different than English Football he praised Calcuta and said the culture he experienced in England he experienced the same footballing culture in Bengal , he also added ” you are born in a club , you don’t have a choice”

He did the part time  job of a Stuart in league matches back in England which provided him the chance to experience the culture of football there and how football for countries like England , Germany, Spain is not just a sport but an essential service. Rivalries and rebels between kids and parents in England didn’t include disobeying them  but following the rival club of their father’s favourite club, and that’s a good kind of rivalry one which indirectly unites !

His suggestion to develop football in the grassroot included a suggestion for the AIFF to reduce the fee of the exams to become a coach let it be of D,C,B or A license because the high fee prohibits potential coaches to get licensed hence blocking the growth of football .

Secondly there is no such thing as a solidarity fee for clubs who provide great players to financially strong and top league clubs providing absolutely no reason to someone to start a new academy or club.

If there would be a solidarity fee provided to the  initial club from where a player started his career. This would increase the enthusiasm of the small club or academy and allow them to work even harder to find great talent more often.

Although Minerva had a tie up with Borussia Mönchengladbach but Ranjit sir said that the only reason a foreign club wants to be in our country is to generate revenue, no foreign club wants to actually uplift Indian football and the game in India. But on the positive side we can use these clubs to provide exposure to our local lads and make them play against them more often.

Replying to the final question i.e. what does it take to sustain an academy for a longer period of time?

Paaji firmly said “it’s all Passion, Love and hardwork. Passion will take you there , hard-work will keep you going, but whenever you fail , passion makes sure you keep working hard”

These golden words by him are enough for a person to keep going in whichever field they love and have passion for.

Ranjit sir rested his case by finally saying that Minerva is going nowhere it is there and it will remain the factory to produce the best Football talent India has and his aim in his lifetime is to not only see India win the World Cup but thrash other countries in it, and it’s his promise to make India reach the World Cup by 2034 or by 2038.

That were the suggestions, requests and words of a Legend , a man full of passion and a true visionary.